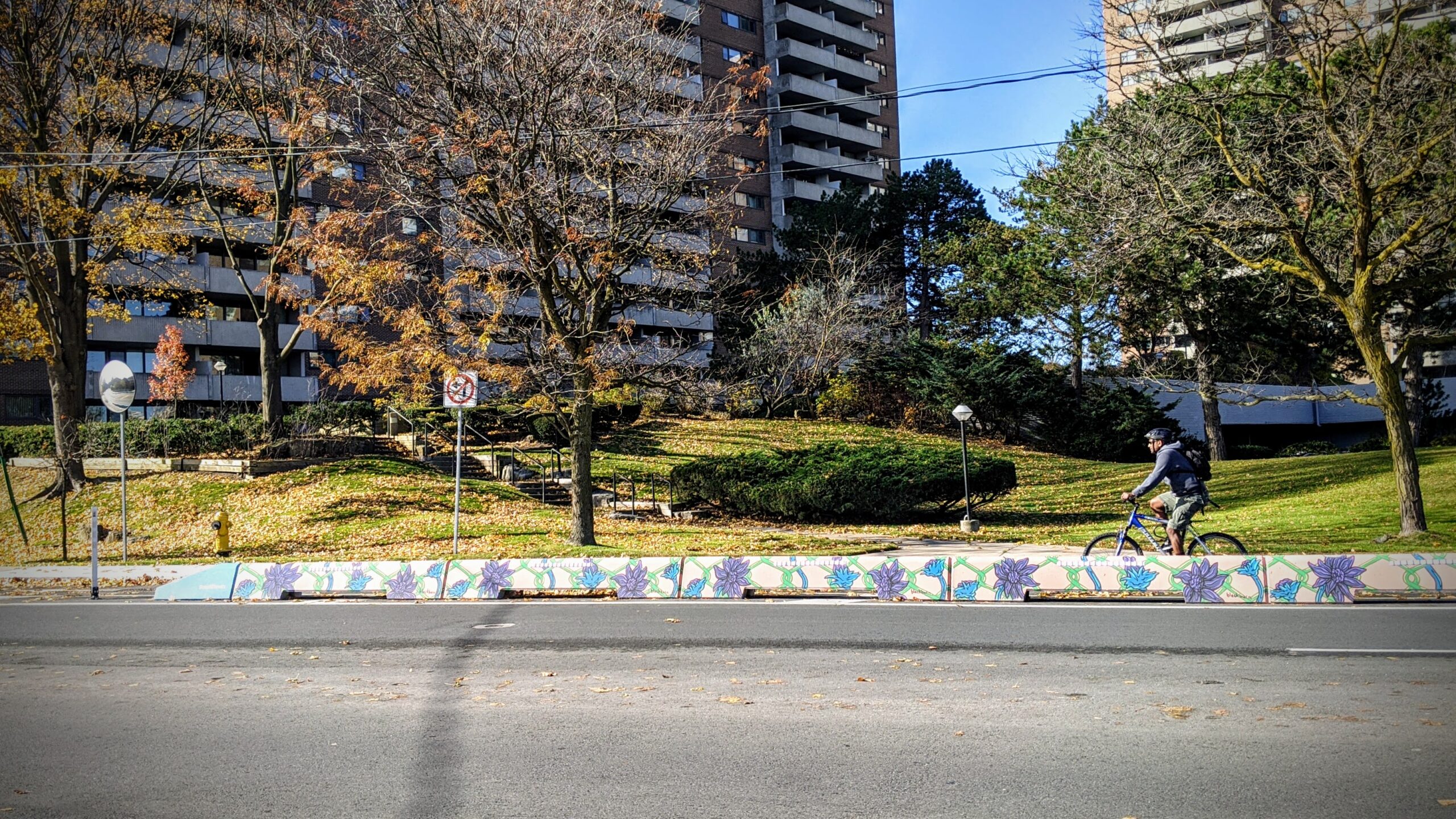 Historical practices have resulted in the inequitable delivery of services to some areas of Toronto. The unequal burden of COVID-19 among residents revealed the economic, racial, health and social disparities that exist in some neighbourhoods.

But even before the pandemic, the City recognized the need to transform many of its systems, including how transportation projects are planned and implemented, to address those inequities. This applies to cycling infrastructure as well as other modes of transportation.

“Historically, there has been much more investment in on-street cycling infrastructure in the downtown core of Toronto, than in the suburbs. This has meant that a number of lower income neighbourhoods in the City’s suburbs have not been well served by cycling investments,” offered Katie Wittmann, Project Lead, Capital Projects and Program, Transportation Services. “In 2019, we developed a Cycling Network Plan that applied an equity lens for the first time to give greater priority to underserved neighbourhoods in the city. A similar equity-based approach is being applied to other modes of transportation as well.” 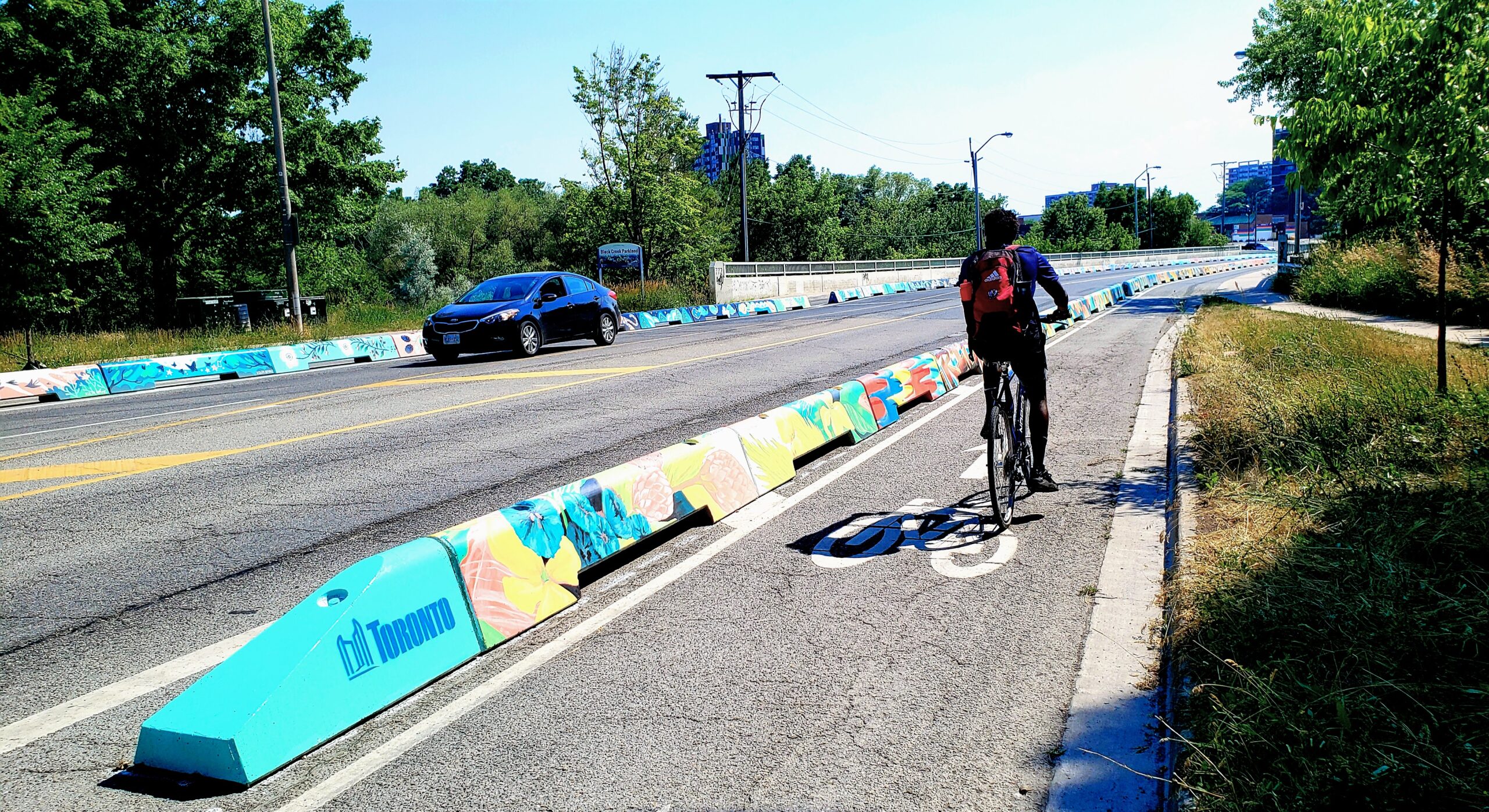 The 2021 Cycling Network Plan Update, which was approved by City Council in December 2021, applies an expanded equity-based approach.  This time, staff combined a neighbourhood analysis of cycling infrastructure with a neighbourhood analysis of equity to create a Neighbourhood Cycling and Equity Map that combines both ratings and their overlap to prioritize investments. The 2021 Cycling Network Plan Update also shares analyses of other equity-related variables, such as crowded transit routes and areas that need more parkland, which are also considered in the expanded prioritization process.

“We engaged with some advocacy, academic, and community groups on the revised approach but were limited in our ability to consult because of the pandemic,” noted Katie. “There was overall support for the updated analyses and approach, but we would like to do more consultation on the broader transportation programming process in the coming years, in addition to the project-specific consultations that already take place for each cycling route.” 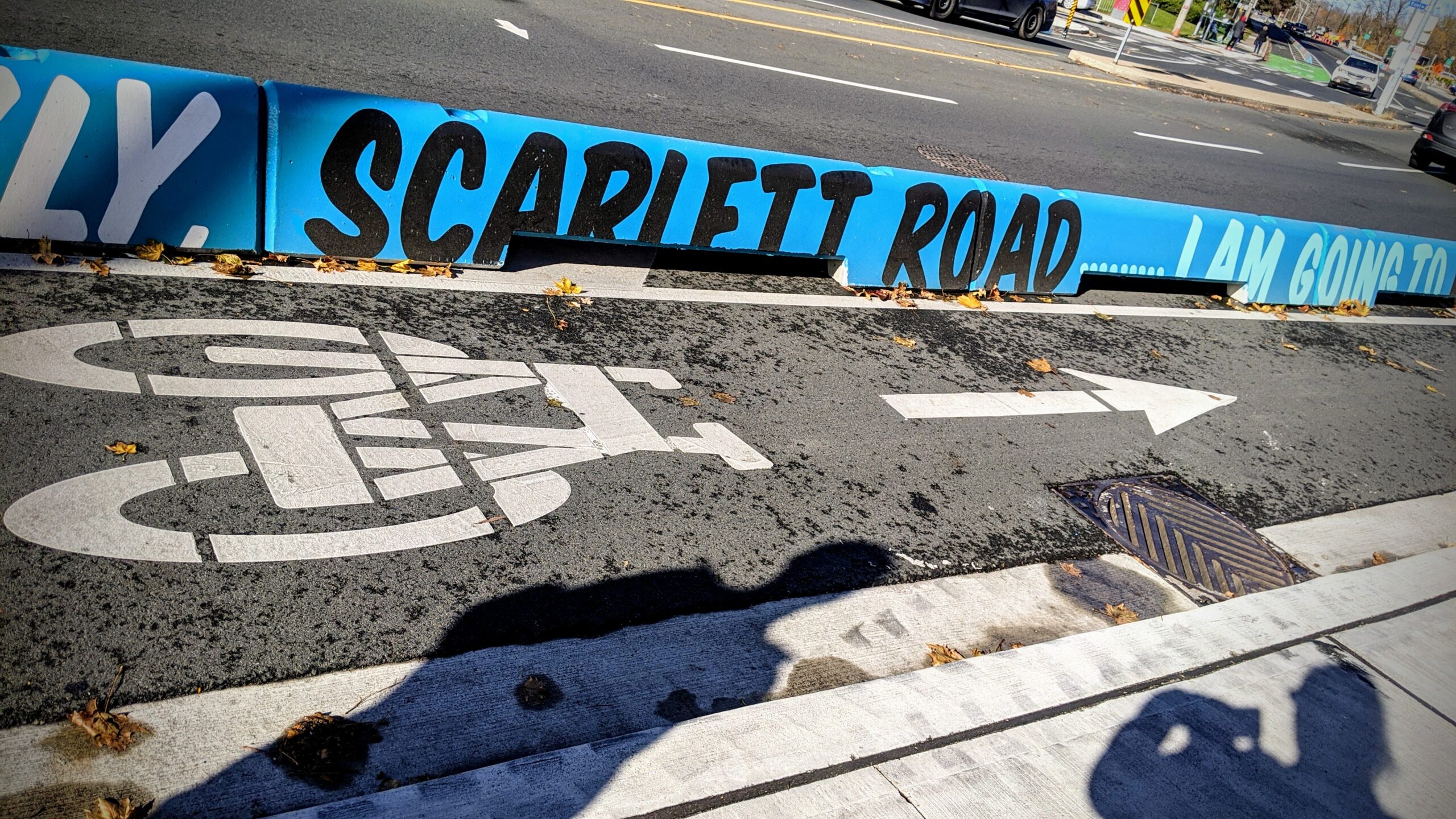 The installation of cycling infrastructure over the last three years has been unprecedented in Toronto’s history. From 2019 to 2021, 65 km of new bikeways were installed and 47 km of existing cycling routes were upgraded or enhanced. This work has accelerated progress towards the City’s goal of making cycling infrastructure accessible (i.e. within 250 to 500 metres) to all of the City’s population and jobs. The percentage of people and jobs that have access to cycling infrastructure has increased from 62.8% to 67.1% over the last three years. This means that about 180,000 more people are living or working within close proximity of a cycling route today than in 2018.

“We have also seen some concrete improvements in underserved neighbourhoods over the last few years. For example, many cycling routes have been installed in Thorncliffe Park & Flemingdon Park (#55 and #44 on the map) and near York University and Downsview (#27 and #26 on the map), and there are more routes in these and other NIAs planned for the near-term” said Katie.

The 2021 Cycling Network Plan identifies the need to increase the cycling budget to enhance public consultations, hire more staff to support design, consultation and delivery of cycling infrastructure, and for an increase in the capital budget from $16 million per year to $20 million per year.

“Since 2016, we have not increased the cycling budget to meet our equity goals; we have simply re-allocated existing funds for those goals,” explained Katie. “However, the pandemic brought a huge demand for cycling infrastructure from residents and Councillors alike which resulted in increased spending in 2020 to meet that demand, and we don’t see that demand changing in the future.” 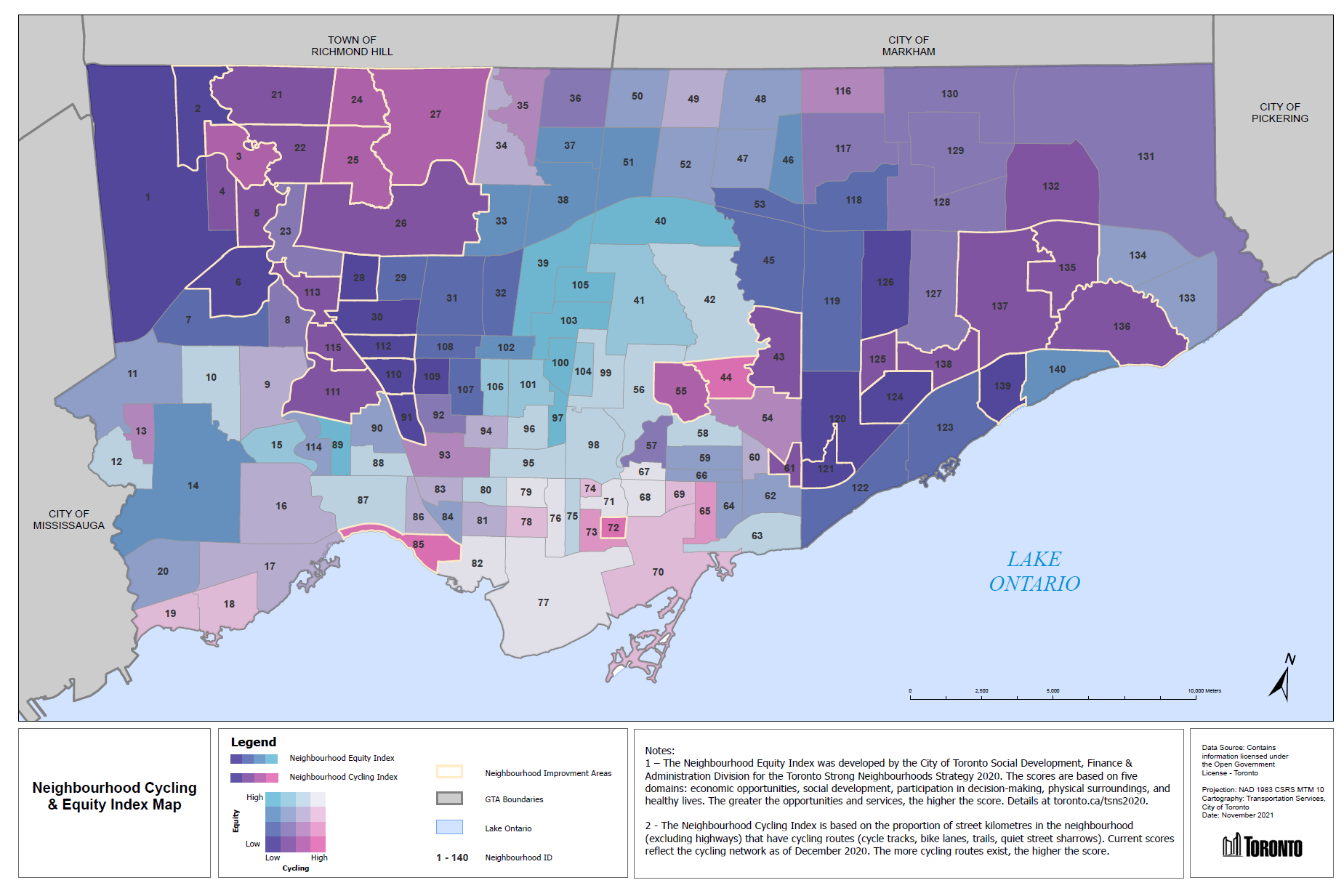 All photos courtesy of Kanchan Maharaj.