The Long Road to Complete Streets in Hamilton 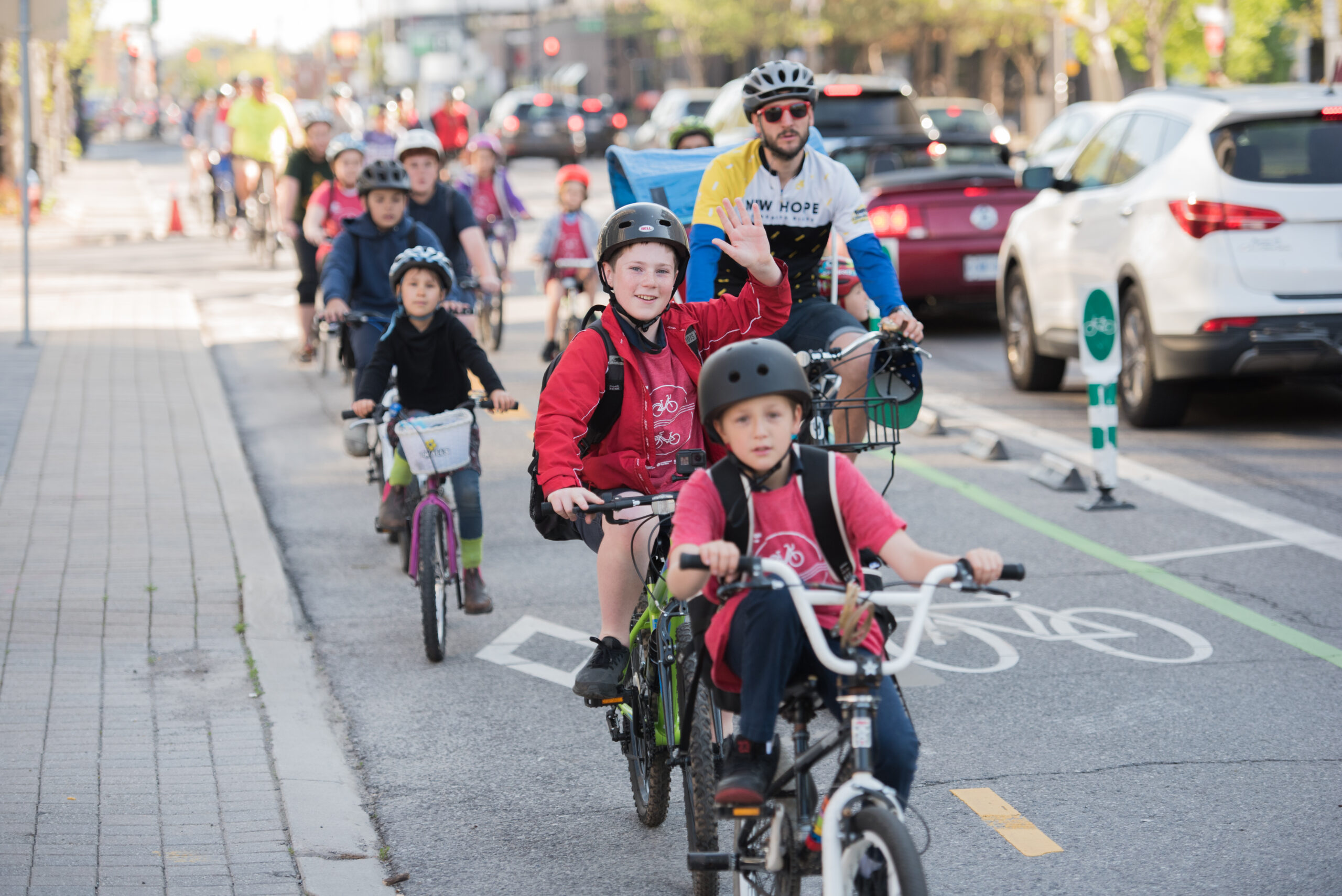 “Complete streets is an approach to road design that balances the needs of people of all ages and abilities and all modes of transportation in an equitable manner,” offered Trevor Jenkins, Project Manager in Sustainable Mobility Planning at the City of Hamilton. “It represents a shift from historical approaches to street design that were focused primarily on motorized vehicles.”

The 2018 Transportation Master Plan committed the City to develop a Complete, Livable, Better (CLB) Streets Design Manual that could be used to operationalize the commitment to complete streets.

“By 2015 when the city began work on the Transportation Master Plan, there was no longer any question about whether we should develop complete streets. By then, people recognized that complete streets offer so many public health, environmental and social benefits,” offered Trevor. “Complete streets are safer for all travellers. They foster health by encouraging physical activity. They reduce air pollution, climate emissions and traffic congestion. And they are more equitable and increase community resiliency by providing more options.”

In 2019, City staff turned their attention to operationalizing complete streets – trying to figure out how to make it happen. They spent two years identifying and classifying the different types of streets in Hamilton and examining the designs being recommended for each type of street by other organizations and communities that are aiming to create complete streets.

“There is a lot to consider when re-designing streets. There are water and wastewater pipes, electrical lines, and other utilities under and around streets,” explained Trevor. “We have to work around this infrastructure while considering how to accommodate the different modes of transportation, trees, snow storage, pedestrian furniture, bike racks and transit shelters. There is limited space to work with and the needs for each will vary depending on the local context.” 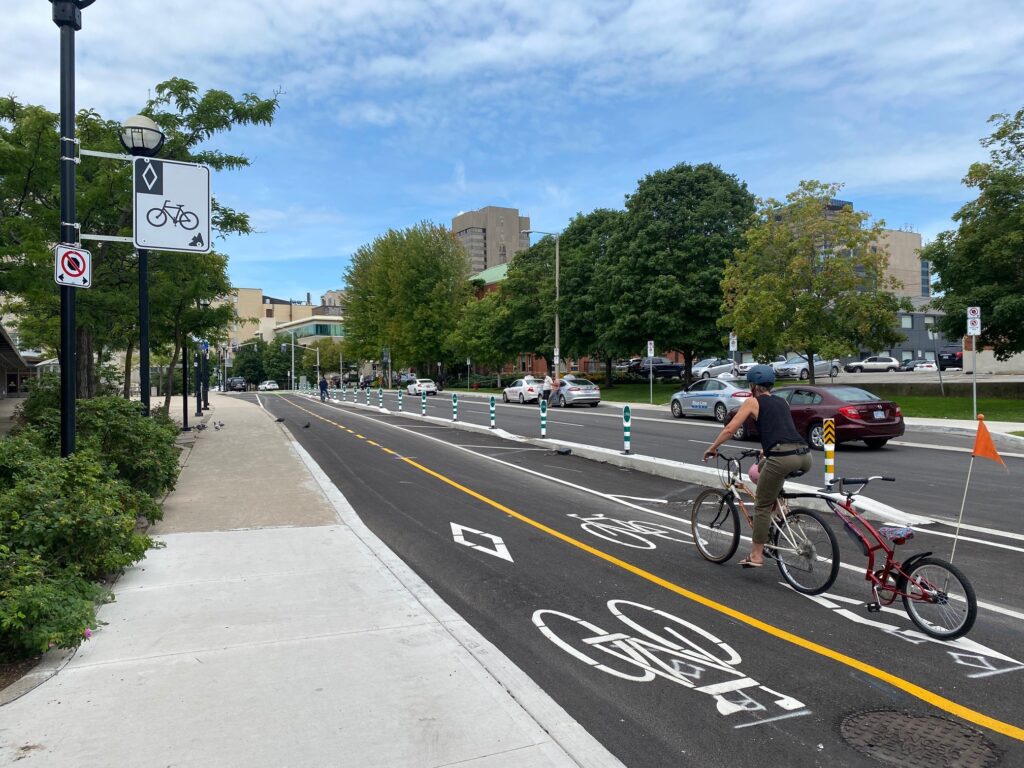 The work of city staff since 2019 is reflected in a report that was approved by City Council in January 2021 entitled, Complete, Livable, Better Streets – Policy and Framework. This report identifies the different types of streets in Hamilton – urban avenues, transitioning avenues, main streets, connectors, neighbourhood streets, industrial roads, rural roads, and rural villages – and proposes designs or “streetscape elements” for each.

The list of streetscape elements includes the pedestrian realm and placemaking, cycling facilities and transit facilities, motor vehicle lanes, green infrastructure, and utilities and municipal services. The report also includes policies and examples to help staff decide how to re-design a street that is being renewed or rebuilt.

The public is now being consulted on these designs with a detailed survey that seeks feedback on each of the designs proposed for each of the seven types of streets. Staff plan to bring the final recommendations to City Council in the spring of 2022.

“We have already begun renewing streets across Hamilton. For example, bike lanes separated by posts have been installed along Cannon Street in the downtown core. On Hatt Street in the west end of Hamilton (in Dundas), we have installed bike lanes protected by concrete barriers and parked cars,” said Trevor. “And, when we re-surfaced the Claremont Trail, that joins the lower side of the City to the neighbourhoods on the top of the escarpment, we installed a 2.1 km multi-use path that is separated from the road by a 1.4 m concrete and aluminum barrier so pedestrians and cyclists can safely travel directly up the escarpment.” 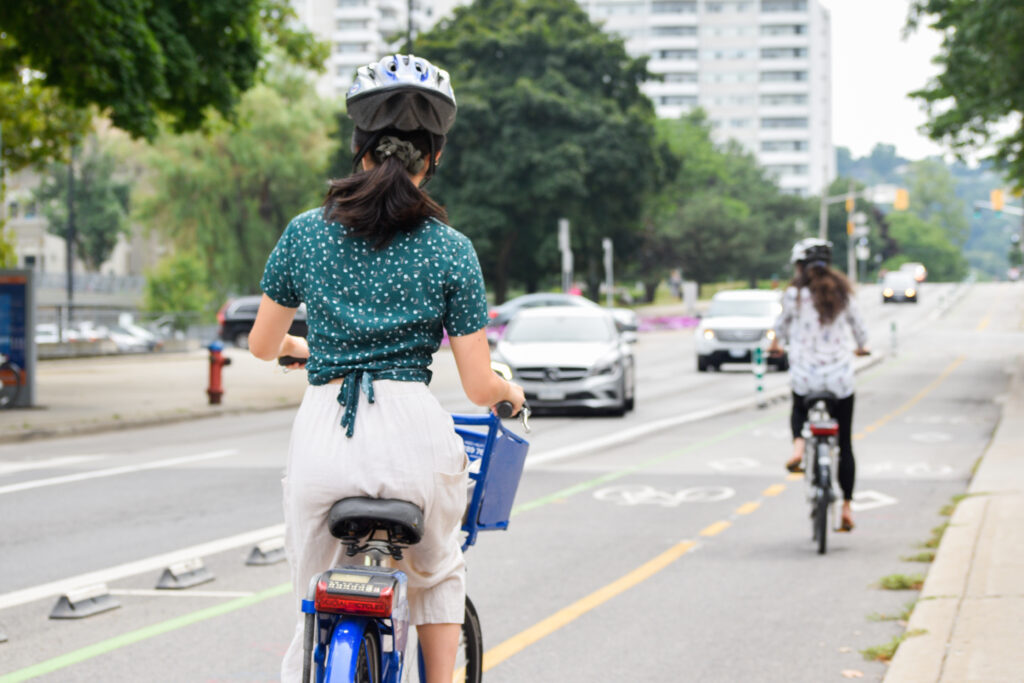 Once the street designs and policies are approved by City Council, they will be applied to all streets in the City as each one comes up for renewal.

“Streets last 25 to 50 years so this is a long-term process that will gradually transform our city,” notes Trevor. “Complete streets generally do not cost more than regular streets. It is about doing things differently when a street is renewed or rebuilt.”