Holding the Line in Hamilton 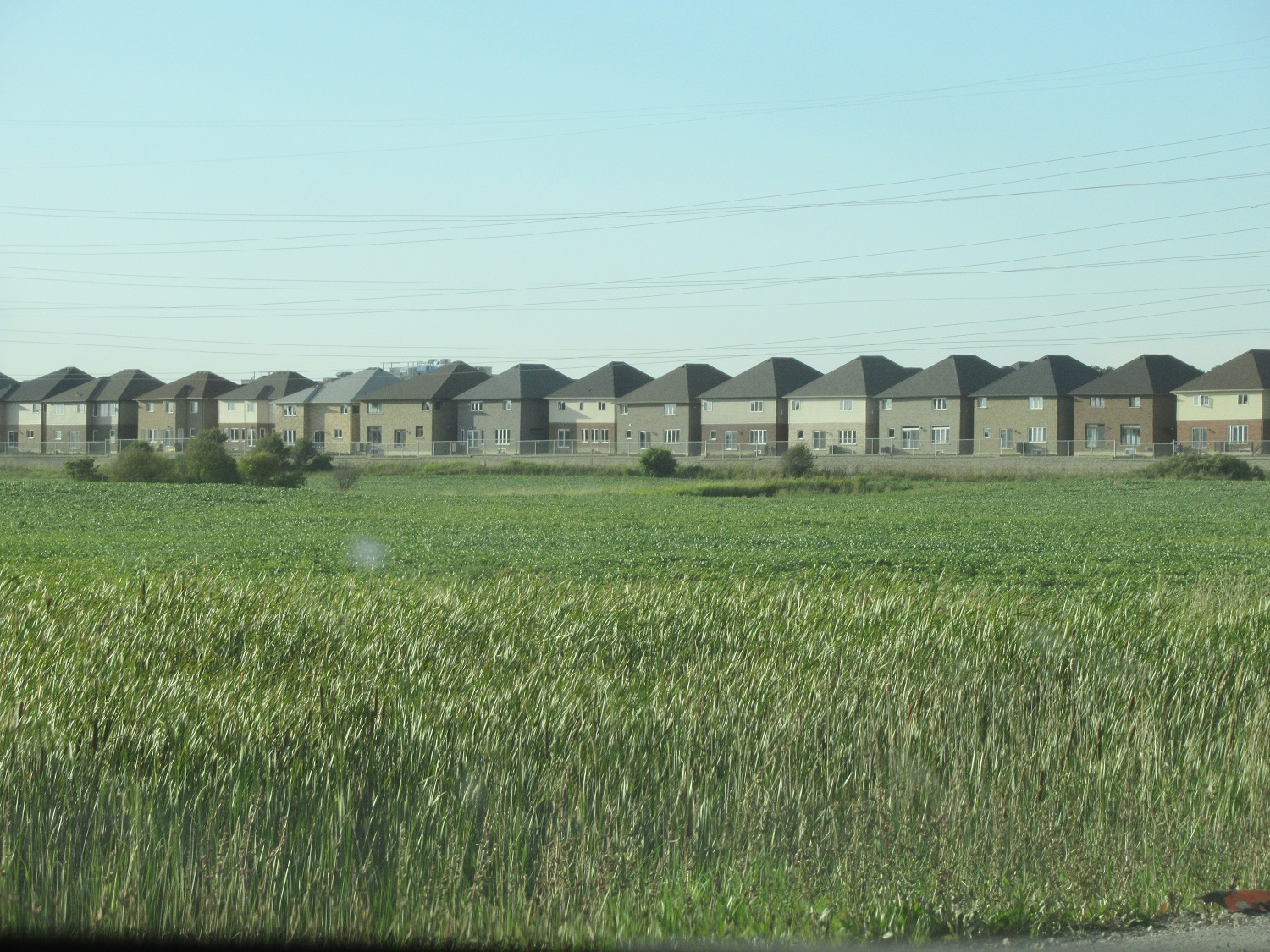 Late in 2021, the City of Hamilton voted to create a hard urban boundary for the city and became a leader in sustainable urban planning in Ontario. Much of the credit for that decision goes to community groups that engaged residents around the issue.

“Under the former provincial government, we had several planning strategies and policies in place in Ontario that were designed to curb urban sprawl and protect farmland and greenspace in the Greater Toronto & Hamilton Area (GTHA),” explained Lynda Lukasik, Executive Director of the non-profit organization, Environment Hamilton. “Those guidelines encouraged, sometimes even mandated, the development of complete communities that are walkable, bikeable and transit-supportive. But that has changed over the last few years. Our current provincial government has loosened many of the policies that were designed to control urban sprawl. For example, in Hamilton, the province has reduced minimum requirements for intensification, undoing policies designed to phase in more stringent targets over time.”

Working under the “loosened” provincial policies, the City of Hamilton tabled a proposal for development in the city out to 2051. This new proposal assessed the amount of land the city would need to accommodate the population growth it expected to see over the next 30 years. Assuming development patterns from the last 20 years would continue, the city projected that it would need to develop more than 3,000 acres of prime farmland surrounding the areas currently developed in the city.

“We challenged these projections because they are based on outdated development patterns and population preferences. The assessment does not reflect the changing attitudes of the population; that older people in our community are now looking to downsize within their community, while young adults are looking for a more urban lifestyle that supports active modes of transportation such as cycling,” offered Lynda. “Nor does this projection reflect the actions that are needed in the face of the climate crisis; the need to preserve prime farmland; the need for transit-supportive development that reduces climate emissions from the transportation sector.”

Environment Hamilton organized several webinars to engage Hamilton residents on the issue of the city’s urban boundary. Calling their webinars “Will Sprawl take it All?” and “Don’t Let Sprawl take it All”, they were surprised by the number of people who showed up and their passionate response to the issue.

“A huge number of people participated in our webinars and a new grassroots organization popped up calling itself, StopSprawl HamOnt,” noted Lynda. “People seemed most concerned about the loss of farmland and what that means for food security in the face of the climate crisis. This goes for the farming community as well. Local farmers and their organizations have also expressed strong support for a hard urban boundary.” 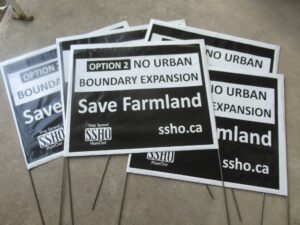 The community groups began engaging the public in one-on-one meetings, on social media, and in webinars. StopSprawl HamOnt set up an on-line tool to allow residents to communicate directly with their City Councillors. They provided residents with “Stop Sprawl” lawn signs and placed ads on the radio. They encouraged residents to let their councillors know about their concerns. Environment Hamilton organized webinars for the public on the delegation process.

“We explained the delegation process to residents,” said Lynda. “We helped them to understand how they could make a submission in writing or in person to the council meeting and provided tips about how to prepare an effective submission or presentation.”

In March 2021, City Council responded to the calls from residents by instructing staff to send out a household survey on the issue. The survey was disseminated in hard form by the City. StopSprawl HamOnt made the survey available to residents with an on-line survey tool as well. In the end, the survey was completed by about 18,000 residents – more than 2% of Hamilton’s population. Ninety per cent of respondents supported the option of a “firm urban boundary” and strong support was expressed by residents from all wards across the city.

When the question of the urban boundary came up at City Council in November 2021, about 120 people provided written submissions to Council and another 60 presented directly at the council meeting.  At that meeting, Hamilton City Council voted to hold a hard urban boundary in Hamilton out to 2051.

“City staff have now prepared a draft proposal on how to meet growth within the existing boundaries.  We will be looking at those proposals carefully. There will be a desire to increase densities around major transit stops and along corridors, such as the new Light Rail Transit (LRT) route, to make good use of efficient transit service. But we will also want to look for innovative ways to ‘create the missing middle’ – to produce neighbourhoods with moderate levels of density that are more walkable, bikeable and supportive of transit,” explained Lynda. “Our goal is to create a healthier, climate resilient, and equitable community. The hard urban boundary will help us to achieve that.”