Greening Parks and Playgrounds for Children in Windsor, Ontario 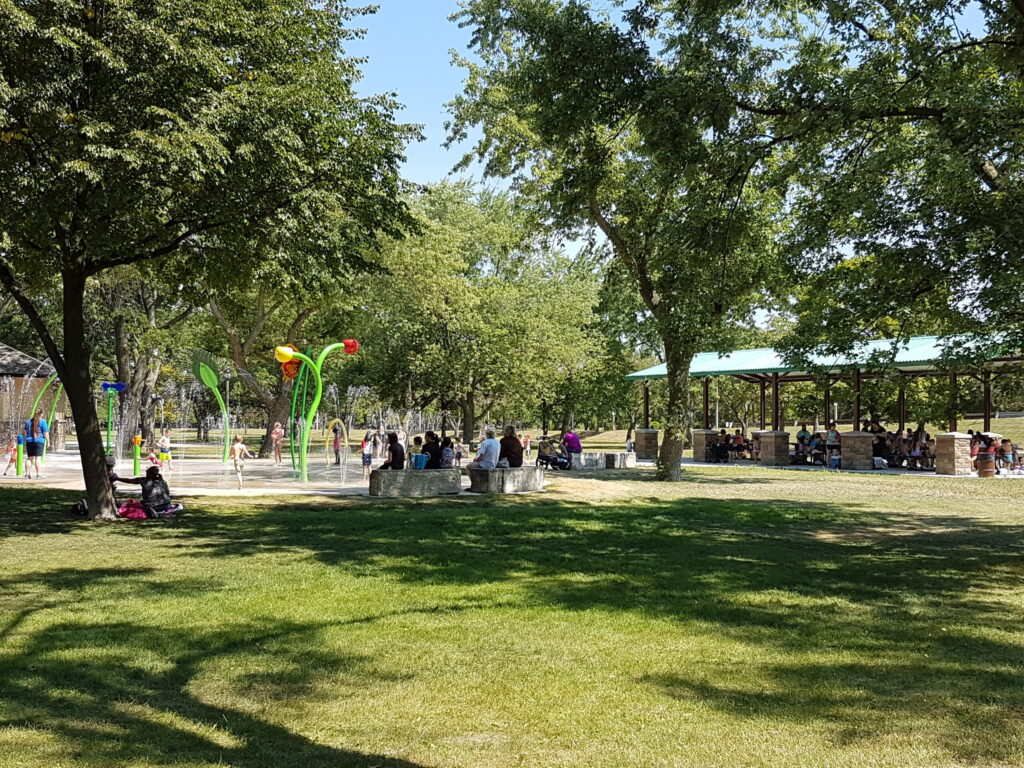 Ever since it conducted a heat study that showed its playgrounds were often not cool enough to use in the summer, the City of Windsor in Ontario has been greening its parks and playgrounds to make them healthier and more inviting for children and their caretakers.

It all started in 2012, when Karina Richters, Supervisor of Environmental Sustainability and Climate Change for the City of Windsor and the mother of a young child herself noticed that it was often too hot to enjoy Windsor’s playgrounds in the summer months.

Her experience was affirmed by staff at the Windsor-Essex County Health Unit who believe that the high temperatures at playgrounds can be dangerous for children and discourage children from getting the physical activity needed to maintain good health.  Public health staff also expressed concerns about the UV exposure that children can experience at playgrounds because it may increase their risk of skin cancer later in life.

Looking to address hot temperatures in Windsor’s playgrounds, Karina sought support from Health Canada staff, who provided technical advice and a small amount of funding so Windsor could hire a student for three summers to conduct a “thermal comfort study” in the city’s parks and downtown core.

The study, conducted in collaboration with the Parks Department, was directed at playgrounds in six of the 202 parks in Windsor – two neighbourhood parks, two community parks, and two regional parks. It found that parks with more vegetation and shade coverage are much cooler, water features attract more park users, and certain materials, such as asphalt, can drive up surface temperatures on hot, sunny summer days. 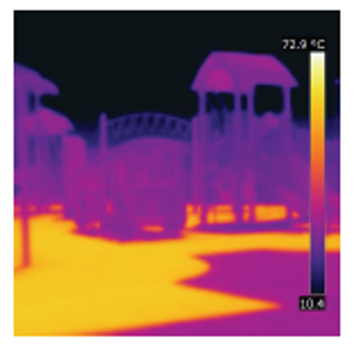 The findings of the thermal comfort study motivated the city to take action.

Since conducting the thermal comfort study in 2012, the City has: 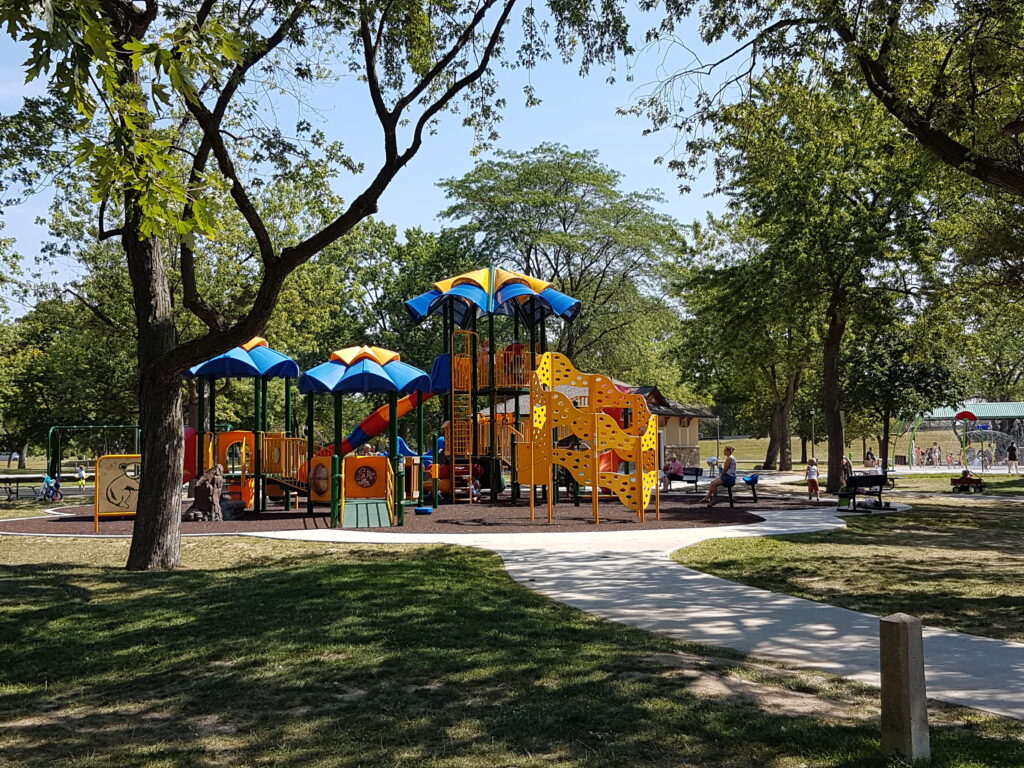 The Parks Department also established policies that require the City to locate and design new playgrounds with a consideration for shade provided by mature trees and existing vegetation in the park.  These policies have been integrated into the 20-year Parks and Outdoor Recreation Master Plan that the City will implement until 2035. This Plan specifically mandates shade targets for all parks:

“Determine shade targets through Forestry and Environmental Services as a follow-up to the Shade Audit for all parks in the Parks Greenway System as well as rights-of-ways in order to provide healthy shaded access throughout the city and help offset the impact of climate change.”

It also includes a recommendation for splash pads with the recognition that these amenities are needed to adapt to climate change and address “the intensity of heat that Windsor experiences in the summer months”. The new Master Plan also includes equity-based language to ensure that neighbourhoods with greater needs are well serviced by parks and playgrounds

There have been some unexpected spin-off benefits associated with Windsor’s work on playgrounds.  The Canadian Safety Association (CSA) has added an appendix to its Playground Equipment and Surfacing Guidelines that addresses heat and shade informed by the findings and experience in Windsor. These are guidelines that can be used by communities across the country.